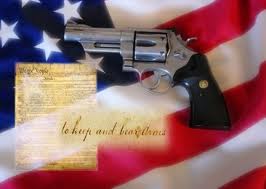 With the tragic shooting that took place on December 14, 2012, at Sandy Hook Elementary School in Newtown, Connecticut, many have raised questions about United States gun control. Twenty six people, which included six adult staff members and twenty children, were fatally shot. The children killed were between the ages of six and seven years old. This was the second-deadliest school shooting in U.S. history, second only to the Virginia Tech massacre on April 16, 2007.

The assailant was a 20-year-old named Adam Lanza. Earlier, Lanza had previously shot and killed his mother at their nearby Newtown home. After shooting his mother, Nancy Lanza, age 52, Adam drove her car to the school and shot and killed the school staff and children. He then turned the gun on himself and committed suicide on school grounds.

Lanza had in his possession two 9 mm handguns at the scene of the shootings and a .223 caliber bushmaster rifle in the back seat of his mother’s car. These weapons of choice where legally registered and owned by Lanza’s mother.

The second amendment states that, “A well-regulated militia being necessary to the security of a free state, the right of the People to keep and bear arms shall not be infringed.” This right to own and bear arms is very controversial with many citizens in the United States. Some feel that ownership of arms should be made illegal which would minimize many crimes, while others believe it not the weapons that are evil but the ones doing the shooting.

We have heard President Obama discuss United States gun control as well as many other Presidents in the past. But what do the people have to say about this sensitive subject?

The following are comments regarding the people’s voice. These posts are articulate and thought provoking about the sensitive subject of United States gun control. Feel free to inject with your comments at the bottom. We all want to raise awareness globally.

What are your thoughts on gun control in the United States

With the tragic shootings at the Sandy Hook elementary school that left 6 adults and 20 children, between the ages of 6 and 7 shot dead in cold blood, many feel that the 2nd amendment should be revisited and revised.

This article and the responses from conscience citizens of the world have something passionate to say.

Deterrent Not rated yet
All of you have valid thought and concerns, but the truth of the matter is if someone wants to kill you and others bad enough they will figure out away! …

Harry Not rated yet
take away gun laws? might as well enter the next genocide or holocaust. the second amendment protects all the other amendments. take away the second, and …

My Thoughts Not rated yet
interesting discussion. however i agree with the Chris guy. he has the most logical, well though out proposal, at least to me. most of the others are either …

LETS MAKE THE CRIMINALS ACCOUNTABLE  Not rated yet
The solution to the gun crime is easy. PERIOD! Enforce the current laws in place. As a gun owner and a past FFL holder it is disgraceful that I am current …

My thoughts on this. Not rated yet
Great and debatable subject!