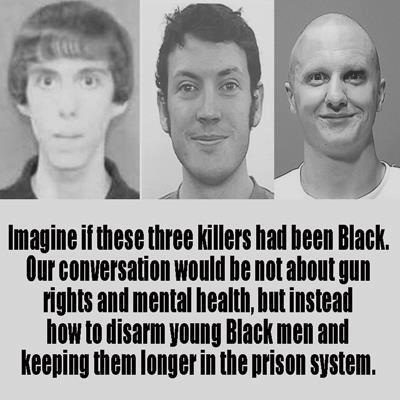 How is racism today in light of the fact that there have been many changes that have transpired in the United States since its inception? In this particular article world opinion chimes in on how they feel regarding the response of the Sandy Hook Elementary School killings and how if the murderer were a young African Americans then maybe public sentiment would be different.

Check out the Racism Series:
1. Racism - Civilization's Dark Stain I

Some have even made the statement, "imagine if these three killers had been black. Our conversation would not be about United States gun control or mental health, but instead how to disarm young black man and keep them longer in the prison system."

This denotes that racism today is very much alive and is a sensitive subject to broach. Racism in America is an evil social and psychological condition. However, it is prevalent in other countries of the world. There definitely have been a lot of discrimination and unfairness throughout the planet predicated upon the how others look at the differences in one's skin color and the entirety of one's physical anthropology.

When other members of society endeavor to exact unfair acts on others because of skin color, there is a psychological phenomenon that can result. This is called "internalized racism." Internalized racism means that those who are discriminated against actually began to have hatred toward their own race. The victims of racism then develop a high level of contentment for themselves.

Racism today is still very much prevalent in African American communities, Caucasian circles, people from the far east of Asian descent, the Latino races, etc. There is an excellent discussion between members of the worldwide community on this sensitive subject. Enjoy and feel free to chime in at the bottom as we all express our understanding of racism today.

There is much talk about that if the following murderers would have been black then certain leaders and public sentiment in white America would not be talking about United States gun control, rather how to keep black males in the prison systems longer. Is this some propaganda B.S. stirred up by characters resembling the ilk of Jesse Jackson or Al Sharpton? Or is it a viable concept?

Check out the Racism Series:
1. Racism - Civilization's Dark Stain I

What are your thoughts on Racism Today?

This is a very touchy subject and many feel that if the tragic shootings at the Sandy Hook Elementary School were carried by a young black man public opinion would be different.

This article and the responses from conscience citizens of the world have something passionate to say.