Mankind has forever tried to find the answers concerning its existence. To understand the meaning of life has been a great quest that has been sought after by philosophers, theologians, spiritualists, and scientists. Profound questions have been asked regarding the purpose of living. These questions are not easy to answer.

Ideas and belief systems have originated long ago to try and fulfill these inquiries. Belief systems of this magnitude have grown into complicated and large-scale social structures that people adhere to strongly.

Philosophy, science, spirituality, and religion are typically the macro dynamics under which these belief systems fall. This section ofachieve-personal-growth.comwill explain each one of these four. 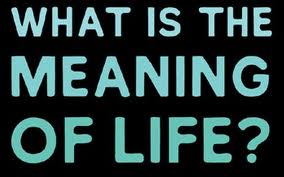 Our objective is to present concrete facts so that the reader will be enlightened to the information presented. Objectivity is the main purpose precluding any biased representation. We want the reader to make his or her own choice regarding these four powerful belief systems that have a strong hold on the societies of the world.

As they try to explain the meaning of life, each has their merits and, simultaneously, their shortcomings. Sometimes their laws, principles, and axioms crossover each other in harmony, but many times they contradict each another with the attempt to repudiate each another.

These belief systems endeavor to explain our existence, how to be happy, the afterlife, social interaction, consciousness, ethics, etc.

Religion and spirituality try to elucidate the meaning of life through non-tangible means while science tries to explain it through the physical world and the universe. Philosophy permeates all as it touches on spirituality and religion, and it is found in the scientific realm as well. There is a lot of overlap with philosophy in all these. 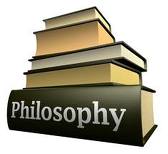 Philosophy comes from the Greek word philosophi, and it means “the love of wisdom.” It uses rational argument to explain the meaning of life. Knowledge and wisdom are coupled and fueled by intellectual reasoning. This is the essence of philosophy.

Philosophy is typically categorized as Western or Eastern.

Western philosophy is broader in scope, in certain respects, and has a deep desire to explain the meaning of life by using rationalistic thinking. Western philosophers strive to discover and prove reality.

On the other hand, Eastern philosophy deals more with accepting reality as opposed to understanding and proving it. The meaning of life is focused on using wise teachings to harmonize with reality to experience balance. This is done through myriad of meditative processes.

This brand of philosophy emerged primarily from Asia. Eastern philosophy includes a variety of Asian philosophies that will be dealt in other pages of the website, such as:

From Taoism, to Confucianism, to the teachings of Plato, to the political brilliance of John Locke, philosophers attempt to explain how all the systems of the world come together.

There is a philosophy of religion, of science, of economics, of political science, of physical fitness, of diet and nutrition, of music etc. Authentic philosophy never ceases to rest as it searches to amalgamate all these bodies of knowledge into one clear system. 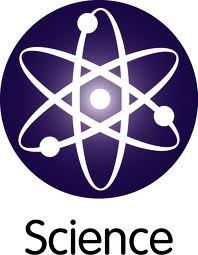 The West surpassed the East many times over in the realm of science, and then technology. Both Europe and the US exploded with industrial revolutions.

Many inventions were made. The established politics and religions were challenged because of these advancements. Science at this point caused people to rethink the meaning of life and our purpose on earth.

In 1859, Charles Darwin published a book that shook up the scientific community. The book is called, “The Origin of Species.” This radical piece of literature was the catalyst for a movement that was so revolutionary that it actually changed the way life and existence are viewed by millions of people worldwide.

There are about 10 million species on Earth. They all possess characteristics that are physically tailored to perform tasks efficiently in their natural habitats. For example, the platypus has webbed feet for swimming, and radar found in its nose electrically sensing its prey.

It had been previously believed that God was the designer of all these species. Charles Darwin challenged this belief, and from 1859 until the present there have been tremendous changes regarding how science and the meaning of life are viewed.

The theory of evolution was born. Most scientists are in agreement that evolution has and does occur however, there is disagreement as to the specific details relative to how the evolutionary process transpires. But they are making great scientific discoveries that are buttressing their claims.

Critics say evolution is nothing but a theory and therefore is not substantiated. Scientists retort that a theory within the scientific realm has been analyzed and scrutinized by the scientific method. A theory can thus be defined as a conceptual framework of facts endeavoring to explain a scientific phenomenon.

More about science and evolution will be dealt with on other pages of the website. 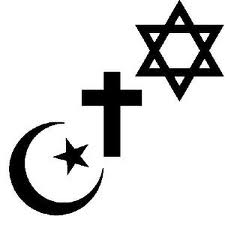 Religion is based on a belief in a supreme being, an all-powerful God, who had created the entire world as well as the human species, as described in many sacred books of the world. According to religion, the almighty creator holds the answer to the meaning of life.

It appears from archeological discovery, the first evidence of religious worship dates back 10,000 years ago. As humanity began to populate the earth, there was a growing desire to interpret its surroundings. Mankind did this by believing that there were "spirits" in nature. This is called animism. Specifically, the wind, the sea, lakes, hurricanes, earthquakes, the sun, etc. were worshiped because of the belief of a "God" or "Spirit" driving them.

This idea evolved into great and intricate systems in the advanced civilized worlds. Christianity, Islam, Shintoism, Hinduism, Zoroastrianism, Judaism, etc. are some of the major religions of the world and their adherents number in the 100s of millions.

However, in modern times certain tribes found in South America and Africa, which have not been exposed to advanced civilization, still practice primitive religions such as animism.

The belief that the world was created by an almighty God is called creationism. Most of those who hold this belief also believe that God designed his creation so wisely that all animals and plants are perfectly adapted to one another and their environment.

It was believed that the meaning of life remained constant as God is unalterable in his plan for mankind. Heaven, hell, sin, righteousness, redemption, etc. are words that are associated with religion. The idea is if one will follow God’s plan and his inspired writings then the individual can find peace, happiness, prosperity, and ultimately everlasting life.

Of course, this is a simple description of religion. Since each one has its own set of dogma and rules there are innumerably different in theology, by which man is to follow to please God.

Religion went unchallenged until about 1859, with the arrival of Charles Darwin’s “Origin of Species.” Evolutionary theory came about it and started a revolution of sorts attempting to use science to explain the meaning of life.

The beliefs of religionists and the discoveries of scientists have resulted in an intense controversy that pits them against each other.

More will be said about religion in other sections of achieve-personal-growth.com. 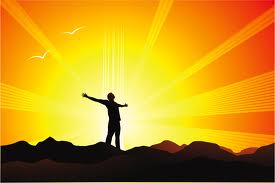 Spirituality is, in essence, the understanding and striving to experience the intangible realm of reality. This is done through a variety of ways and has many schools of thought. It can be said that a religious person is also a spiritual person and vice versa. Nevertheless, there is a difference among spirituality and religiousness.

As stated previously, religion is the belief in an immaterial world and if one follows a specific plan he or she can experience this world. Spirituality is similar, but the tenets of religion are more traditional and dogmatic.

Spirituality, however, is NOT necessarily bound to any tradition or dogma; rather, it attempts to experience a metaphysical world through different, often eclectic ways that occur within. Tapping into one’s inner self is highly espoused. There is a lot of mysticism involved in spirituality that is esoteric, but can be experienced provided one seeks to do so.

Spirituality encompasses many different disciplines and fields to help people find greater meaning and purpose to existence without the rigors of traditional religion. Meditation, deism, monism, astrology, consciousness, new age, the laws of attraction, etc. are just to name a few.

Achieve-Personal-Growth.com will go into greater detail regarding spirituality in other tiers of the website.

People have always had a burning desire to answer the profound questions about this world that we live in. What is the meaning of life? This is constantly asked again and again. Immense belief systems have emerged as humanity searches.

Philosophy, science, spirituality, and religion are the areas that have developed through the centuries. These are fascinating bodies of knowledge to study. One can truly find the meaning of life. It must be sought after with an unbridled and objective thirst. The answers are there if we consciously seek for them.