Marilyn Monroe quotes, interestingly, provide a depth and insight regarding relationships, romance, self-confidence and life in general. Known for her voluptuous figure and platinum blonde hair, Marilyn Monroe is arguably the greatest celebrated actress of all time.

After overcoming many hardships, Monroe lived an incredible life. Sadly her stay on this earth was very brief when she died at the young age of 36. Monroe left behind some of the most intriguing and highly sought after quotes and sayings. The following are some of the most popular Marilyn Monroe quotes recorded:

“I believe that everything happens for a reason. People change so you can learn to let go. Things go wrong so you can appreciate them when they’re right. You believe lies so you eventually learn to trust no one but yourself.” Marilyn Monroe

“If I’d observed all the rules, I’d never have got anywhere.” Marilyn Monroe

“Imperfection is beauty. Madness is genius. It is better to be absolutely ridiculous than absolutely boring.” Marilyn Monroe

“Creativity has got to start with humanity and when you’re a human being, you feel, you suffer.” Marilyn Monroe

“Hollywood is a place where they’ll pay you a thousand dollars for a kiss, and fifty cents for your soul.” Marilyn Monroe quotes

Marilyn Monroe was born Norma Jeane Mortenson June 1st, 1926, in Los Angeles General Hospital. Her father abandoned the family when she was very young. Marilyn grew up not knowing who her father actually was.

Her mother, Gladys, suffered from mental illness and was in and out of mental institutions. Monroe was placed in an orphanage for two years and also many foster homes.

These hardships left such an impression upon this dynamic woman that people long to read Marilyn Monroe quotes even today.

“A wise girl kisses but doesn’t love, listens but doesn’t believe, and leaves before she is left.” Marilyn Monroe

“I’ve never dropped anyone I believed in.” Marilyn Monroe

“It’s often just enough to be with someone. I don’t need to touch them. Not even talk. A feeling passes between you both. You’re not alone.” Marilyn Monroe

“A career is wonderful thing, but you can’t snuggle up to it on a cold night.” Marilyn Monroe

“I have too many fantasies to be a housewife…I guess I am a fantasy.”Marilyn Monroe

“It’s better to be unhappy alone than unhappy with someone.” Marilyn Monroe

“Men who think that a woman’s past love affairs lessen her love for them are usually stupid and weak. A woman can bring a new love to each man she loves, providing there are not too many.” Marilyn Monroe

In 1942, at the age of 16, Monroe married 21-year-old aircraft plant worker James Dougherty. The marriage was short-lived and only lasted four years. They divorced in 1946. She was later married to playwright, Arthur Miller and eventually baseball legend, Joe DiMaggio.

When one reads Marilyn Monroe quotes, there is a powerful sense of detecting that this woman spoke passionately about her life, because she lived what was quoted of her. 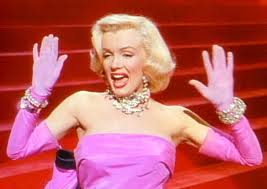 “I always felt insecure and in the way, but most of all I felt scared. I guess I wanted love more than anything else in the world.” Marilyn Monroe

“I’m selfish, impatient, and insecure. I make mistakes. I am out of control and at times, hard to handle. But if you can’t handle me at my worst, then you don’t deserve me at my best.” Marilyn Monroe

“When it comes down to it I let them think what they want. If they care enough to bother with what I do, then I’m already better than them anyway.” Marilyn Monroe

“I’m very definitely a woman and I enjoy it.” Marilyn Monroe

“I restore myself when I’m alone.” Marilyn Monroe quotes

Marilyn Monroe was a reader of books and novels and she read from the works of Leo Tolstoy, John Milton, and Walter Whitman. She was also an avid listener of classical music, specifically Beethoven.

Monroe acted in over 30 movies, recorded nearly 40 songs, and received 17 nominations and awards.

“Sex is part of nature. I go along with nature.”Marilyn Monroe

“The body is meant to be seen, not all covered up.”Marilyn Monroe

“There's only one sort of natural blonde on earth - albinos.” Marilyn Monroe

“It’s not true I had nothing on, I had the radio on.” Marilyn Monroe

“I love to do the things the censors won’t pass.” Marilyn Monroe

“I don’t know who invented high heels, but all women owe him a lot.”Marilyn Monroe

“I don’t want to make money. I just want to be wonderful.” Marilyn Monroe

“I don’t mind living in a man’s world as long as I can be a woman in it.”Marilyn Monroe

“I am trying to prove to myself that I am a person. Then maybe I’ll convince myself that I’m an actress.” Marilyn Monroe

“It’s better for the whole world to know you, even as a sex star, than never to be known at all.” Marilyn Monroe

“A career is born in public — talent in privacy.” Marilyn Monroe

“I learned to walk as a baby and I haven't had a lesson since.” Marilyn Monroe

“Fame will go by and, so long, I've had you, Fame. If it goes by, I've always known it was fickle.” Marilyn Monroe quotes

“I used to think as I looked at the Hollywood night, 'there must be thousands of girls sitting alone like me, dreaming of becoming a movie star. But I'm not going to worry about them. I'm dreaming the hardest.”Marilyn Monroe quotes

On August 5, 1962, Monroe was found dead at her home in Brentwood, Los Angeles, California. She was 36 years old. The Los Angeles County coroner’s office stated that her death was a result of “acute barbiturate poisoning.” They stated that it was a probable suicide. There have been many theories regarding her death. Some feel that the Kennedys were involved, while others suggest it was the Mafia or the CIA.

These experiences molded her to the point where the quotes by Marilyn Monroe are something to cherish and learn from.

The legend of Marilyn Monroe continues to live on today. With the controversy surrounding her death and her tumultuous lifestyle, she left a stamp of intrigue that people are fascinated with her and her words. The

wisdom in Marilyn Monroe quotes offers a glimpse into the life of one of the most popular actresses in cinematography. 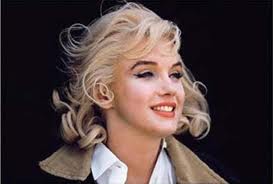