more than just a pretty face...

Jillian Michaels is a fitness icon and has branded herself as one of the most sought after physical fitness experts that exist today. She is the host of the reality television shows “The Biggest Loser” and “Losing It with Jillian.” Jillian has helped millions of people lose weight and get fit. 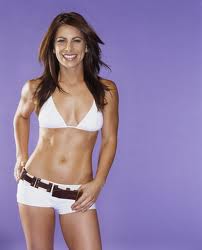 She is one of the leading fitness and health experts in the United States. Jillian is more than just a personal trainer, she is a motivator. On her hit shows, radio broadcasts, and regular public appearances, Jillian Michaels inspires people in a unique way.

This queen of fitness was not always healthy and lean. When she was 12 years old, she was very unfit and weighed 175 pounds. For her gender, height, age, and BMI, she was 65 pounds overweight. Jillian and her mother knew something must be done to get her in shape. So her mother enrolled her in a martial arts class. She fell in love with the sport and from that point on fitness and nutrition became a passion of hers. And not only for her own health, but to inspire and educate others. She has been a personal trainer for 19 years. 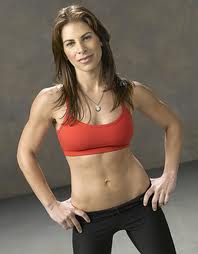 The following is a list of some of the foundational workout routines that Jillian Michaels attributes to her success:

The martial arts are immense systems of specific traditions and practices of combat. They are engaged in for a variety of reasons, including physical fitness, mental development, various competitions, and self-defense.

The martial arts are very dear to Jillian, because it was this great art form that laid the groundwork for her to become a fitness enthusiast. The discipline, hard work, and conditioning of this combat form of fighting produce tremendous results for her as a teenager.

As an accomplished martial artist having a black belt in Akarui-Do, Jillian Michaels implements many of the elements of the martial arts in her workout programs. She has practiced Muay Thai and Akarui-Do for 17 years.

Yoga originated in India over 3000 years ago, with the intent to harmonize mankind with its environment. This is done by integrating the body, mind, and spirit. For these three to be integrated there must be a balance with action, emotion, and intelligence.

The ancient yogis developed a system to maintain this balance through exercise, breathing, and meditation.

Jillian is an expert in yoga philosophy. She knows the right yoga poses to produce flexibility, balance, and strength. She recorded a DVD entitled “Yoga Meltdown” that includes two complete 30 minute workouts. One workout is at level I which focuses on burning calories. The other workout is level II, in which the yoga poses are more difficult; the result being greater caloric expenditure.

Plyometrics are exercises that were created by the Eastern Europeans in the 1960s. These exercises stretch the muscles and then contract them quickly therefore, developing and conditioning for speed and power. Plyometrics also improves the functions of the nervous system so they are an integral part of any sports performance program.

However, by incorporating these various types of movements in any workout routine will burn a tremendous amount of calories to assist in the ultimate objective of developing a lean body with a low-fat percentage.

In her DVD “Banish Fat Boost Metabolism,” Jillian Michaels implements many plyometric exercises. With plyometric jumps, Jillian gracefully illustrates how to execute these movements to elevate the heart rate and burn calories.

Created by Joseph Pilates in the early part of the 20th century, this incredible core strengthening program is also a favorite of Michaels. With the proper Pilate conditioning routine; flexibility, endurance, strength, and coordination can all be developed in the body specifically the core.

Jillian created the “Jillian Michaels Ultimate Pilates kit.” This kit includes two 2 pound soft weighted balls, a stability ball, a dual action hand pump, and an instructional DVD. This excellent combination will definitely help anyone strengthen his or her core.

The history of weight training can be traced back to the ancient Greeks. There are many sculptures that exist today depicting Greek athletes lifting objects over their head.

Michaels is a big proponent of weight training also called strength training. Of the many workout routines that exist today weight training is at the top of the list. It builds lean muscle mass which in turn burns more calories even at a resting state. In her DVD called, “Shred It with Weights,” Michael’s expounds upon an invigorating and dynamic way to work out with weights.

This DVD is about circuit training with weights being added to the program. Kettle bells and dumbbells are also advocated. This DVD includes two 30 minute workout routines. The first one is level I and then the trainee should progress to level II to maximize body shredding results. This is a 30 day program and once one completes it, a lean hard body with a low fat percentage will be the outcome. 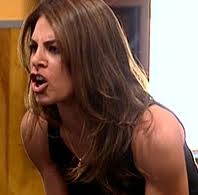 Jillian Michaels has a unique training style that is loud and confrontational. She is very intense when she yells or even curses at her clients with the sole objective of motivating them.

On her hit TV show “The Biggest Loser,” this style is clearly demonstrated as she can be heard saying, “all you need to do is workout, eat right, shut up and listen to me!” Her approach is rather simple but blunt and harsh, as she further states, “my fitness philosophy is that I like to push people hard!”

Jillian Michaels ultimate objective is to help people live well and achieve their personal growth. She advocates an overall lifestyle that is conducive toward fulfilling one’s potential especially in the areas of health, weight loss, nutrition, and self-empowerment. She strives to help people reach their goals both physically and mentally. She believes strongly that behavioral changes are a must to effect this endeavor.

Her methods may be harsh at times but she is very effective, which is the reason why Jillian Michaels is one of the most sought after personal trainers in America. 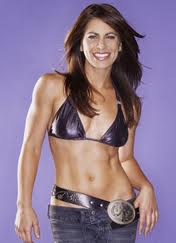