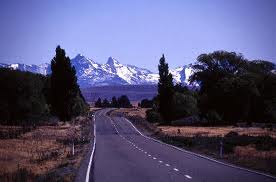 What is the definition of success? Seems to be a question in which, no matter who you ask, everyone has a different answer. To some, it is defined by the amount of money in their bank accounts or how many worldly possessions they may have. Climbing the corporate ladder or running a profitable business may be the choice of a few. Others may define it by merely having another person to love.

I myself was recently thrown into the sea of pondering this very question after trying to help a woman sort out an issue in her relationship. Without going into much detail and in summation, my advice to her was this, “No one ever became successful in life or love worrying about what other people think.”

I love when people comment on my advice to others. I welcome the criticism as well as thought provoking, intelligent dissents. One man, however, went so far as to tell me that my response was “uneducated.” Rather, he argued that throughout everyone’s life, “success is determined by what other people think about us.”

What a remarkably ignorant statement, I thought. Success is never determined, or defined for that matter, by anyone other than ourselves.

The short definition of success can be found in Webster’s as “the attainment of wealth, favor, or eminence.” However, I believe it’s much more complicated than that. What one person sees as success, another may view as trivial and mundane. And the person who is deemed “less” successful may view the other man’s claimed success as shallow and self-serving.

We can be successful in many things throughout our lives: career, love, money, raising children, you name it.

Would you be any less successful in your relationship if you cared what other people thought about the dynamics of your relationship? It’s none of their business; they do not join you behind closed doors.

Would you be any less successful running your own business if you cared about every naysayer who didn’t like you or your product or service?

Would you be any less successful in raising fine, well-rounded children who grow up and offer something to the world if you cared about what other people thought of your parenting skills?

This brings me back to the movie City Slickers with Billy Crystal in which his character, Mitch, and several of his friends seem to all be going through a midlife crisis. They all decide to go on a trip to a cattle ranch and attempt to revive themselves and what they thought to be their miserable existences.

At some point in the movie, their leader, Curly who is played by Jack Palance, turns to Mitch and asks him if he knows “the secret to life…” When Mitch asks him what it is, hoping to solve his current dilemma, Curly raises his fore finger and says, “Just one thing, you stick to that and everything else don’t mean shit.” Mitch then asks him what the “one thing” is. Curly responds by telling him that’s what he has to figure out. Mitch holds his forefinger up to his face looking quite perplexed. Towards the end of the movie he does manage to figure it out.

Curly, or his character rather, may have been looked down upon by others as a simple, rugged, unimportant country boy with nothing to offer. But he was a pretty intelligent one who found his one thing and didn’t let others define his success or happiness for him.

What is the definition of success?

Life coach and relationship expert, Eda M. Handly, developer of love-sources.com, gives an excellent take on the subject. How would you define success?
Do you have a great story or any thoughts about this? Share it!

that success is subjective

Mother Nature Not rated yet
"The surrounding environment is the best erudite master to teach us the fundamental laws of nature and the basics of living in life."~Anuj Somany