The definition of self-confidence is explained.

Building self confidence is a process that takes time.  Adapting to new life patterns is a must and sometimes can be difficult however, it can be done. The ramifications of this process opens up many avenues of happiness and success.

Before we get into the method of building self confidence, let’s start by asking, “What is confidence?" It is the feeling of trustworthiness in someone’s or something’s abilities, qualities, and judgment in the face of adversarial conditions or utopian ease. Without this powerful emotional dynamic, the world as we know it today would be very different.

For every invention that produced the desired result, it took an act of confidence to start the process.

For every industrial revolution that changed the way mankind travels, communicates and acquires monetary gain from employment resulted from someone that possessed confidence to affect these massive changes.

For every romantic relationship that produced children and families, there was an act of confidence. This self-confidence was the catalyst that began the courtship.

For every war that was won and military conquest that was realized, spanning the time from the triumphants of  Alexander the Great in 330 BC until the time of the Persian Gulf war required acts of confidence to garner victories during these great battles that have left legacies stamped upon the advancement of civilization.

The strong belief from within sets the framework for building self confidence which will ultimately be realized in so many different facets of life.

The Battle of Britain

Building self confidence creates a momentum that is unstoppable! This is what held  Great Britain together during the onslaught of the Nazis' Blitzkrieg attack. 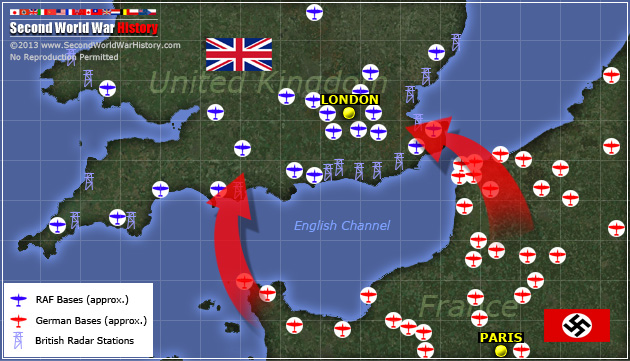 A powerful example of confidence both in self and nationally was clearly illustrated in The Battle of Britain. Winston Churchill’s “We Shall Fight on the Beaches” speech was about a battle that began July 10, 1940 and lasted for many months. This great contest saw the mighty German Luftwaft pitted against the British Royal Air Force. Adolf Hitler and his Nazi regime steadily gained momentum and was conquering country after country in Europe. Churchill stated, “The Battle of France is over. The Battle of Britain is about to begin.”

After Hitler destroyed many of the British airfields, he set his sights upon the city of London which was bombed for 57 consecutive nights. But the British never quit and never surrendered! This took an act of unwaverable confidence and iron willed courage to turn away the belligerence of the formidable Adolf Hitler and his Nazis. Hitler, mentally capitulated because he felt the resolve of the British people. Hence, he decided to switch military direction toward Russia and the bombing of London ceased.

As history illustrates, this was a pivotal moment in World War II and from this point on. The Nazis' momentum began to degrade, and they, along with the axis powers, eventually lost this horrible war they claimed the lives of over 60 million people.

We must first believe in ourselves, this sets forth a momentum as we put into action the necessary steps to fulfill any endeavor. As we accomplish more, we are building self confidence to higher levels.

Self-Confidence: Is Your Biology Your Destiny?

Is it really possible to build self-confidence or are you just born that way?

Psychologists and behavioral geneticists have typically clashed when approaching this great subject. Are we genetically predisposed to be self-confident or is it an acquired trait through time? Two behavorial geneticists Corina Greven and Robert Plomin have maintained through their research that self-confidence is more genetically predisposed as opposed to changing your mental state over time. This is what their research has concluded: click here

It is scientifically valid that your genetic footprints lay a foundation for everything that encapsulates you as a human being: Your intellectual prowess, your physical stature, your sexual orientation, etc. But, this does not always determine your ultimate outcome. Your environment is very powerful in that it stimulates certain genes to adapt regarding the stresses that you find yourself in. This is the science of epigenetics. From an evolutionary standpoint, this takes place both on the macro (evolution over millions of years) and micro (evolution during an organism’s lifetime) levels.

I strongly feel that your environment and what you choose to do with it is the major factor in building self-confidence. I have applied this to my own life and it works wonders! The following article written by noted psychologist, Ray Williams, explains in vivid detail why you do have a choice in building your self-confidence.

Rome was not built in a day and neither is your confidence. We are all genetically predisposed with a ceiling, but with great potential. Building self confidence takes time and effort. Energizing untapped neural pathways is never easy, but can be done with the proper knowledge and persistence. The end results are extremely rewarding!!!

Click here for part II regarding The Benefits of Being Confident.