Many people are finding out how powerful and potent Ashwagandha benefits are. It is an herb taken from the root of the Ashwagandha bush. Ashwagandha is typically grown in Pakistan, Sri Lanka and India. It has been used for thousands of years and is implemented in Ayurveda medicine, which is a Hindu system of traditional medicine originated in India.

Ashwagandha is also referred to as “Indian ginseng.”

Approximately 4000 years ago, Ashwagandha was used by the kings of ancient India for many health and medicinal purposes. Legend has it that the rulers felt younger, they had more energy, could fight stress better, and live longer when incorporating this powerful herb into their diets.

Ashwagandha is an adaptogen herb, meaning it is believed to fight the negative effects of stress when at the same time giving you more energy balancing homeostasis. The following is a list of several and wide-ranging Ashwagandha benefits:

As stated above, with regards to enhancing the sex drive, Ashwagandha is referred to in the ancient sexual practice of Kama Sutra as having the capacity to restore sexual health and heighten awareness.

It is used historically to treat a number of illnesses. Some conditions that are treated with Ashwagandha are as follows:

Because of its rich iron levels, in children it promotes healthy growth and development. It also is believed to enhance red blood cell count and increase hemoglobin levels.

In athletics, some of the benefits of Ashwagandha increase energy levels so that the athlete can keep up with the demands of rigorous training and competition. This wonder herb has many health promoting chemicals which leads to greater athletic performance. Chemicals such as alkaloids, sugars, healthy fatty acids, choline, steroidal lactones, and amino acids produce the many Ashwagandha benefits that help to facilitate physical fitness. 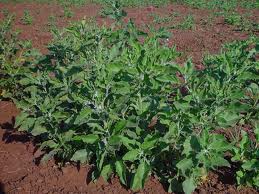 Ashwagandha is generally considered safe to use, however there are some unpleasant side effects in isolated cases. Because the chemicals in this herb are so powerful, there have been studies in which certain individuals have experienced negative Ashwagandha side effects. These side effects are as follows:

Ashwagandha comes in many forms such as tablets, capsules, powders, or in a raw state. You should follow the directions closely regarding dosages. Moderation and being cautious is the key to getting the most from the benefits of Ashwagandha. Herbalists feel that people that have conditions such as liver diseases, digestive problems and diabetes should avoid taking this herb.

There are many Ashwagandha benefits for you to experience. If you do not have specific medical conditions you should enjoy many great results that this herb will give you. Speak with your physician first before you begin a program ingesting any type of herbal supplement. There are minimal risks but greater rewards if consumed properly.

What are your thoughts on Ashwagandha benefits

Ashwagandha is becoming a very popular herb that improves health in a variety of ways.